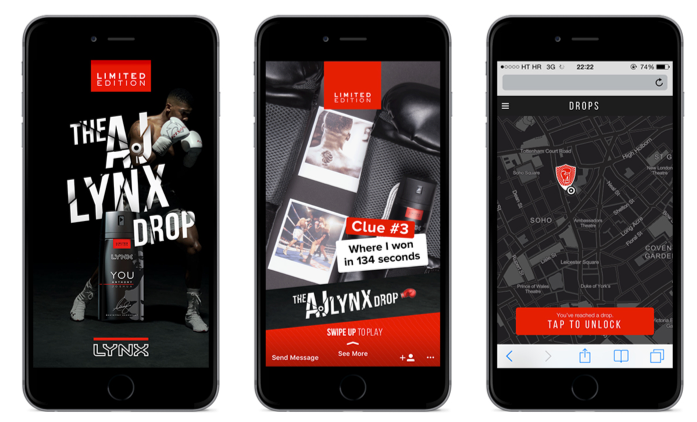 This was the first limited edition product Lynx had launched in six years and the peak of Lynx’s three-year partnership with Anthony Joshua. We needed to create cut-through with our audience and maximise Anthony Joshua’s appeal.

Tapping into youth ‘surprise drop’ culture, we partnered with proximity tech experts LANDMRK and built a bespoke interactive web app that sent young guys all around the UK on a gamified, smartphone treasure hunt. We digitally hid 850 of our limited editions cans across the UK as well as five hand-signed cans that unlocked the ultimate prize: tickets to AJ's next fight. We launched the campaign on Anthony Joshua's Facebook and Instagram stories and released clues to the location of the 5 signed cans in the run up to the fight.