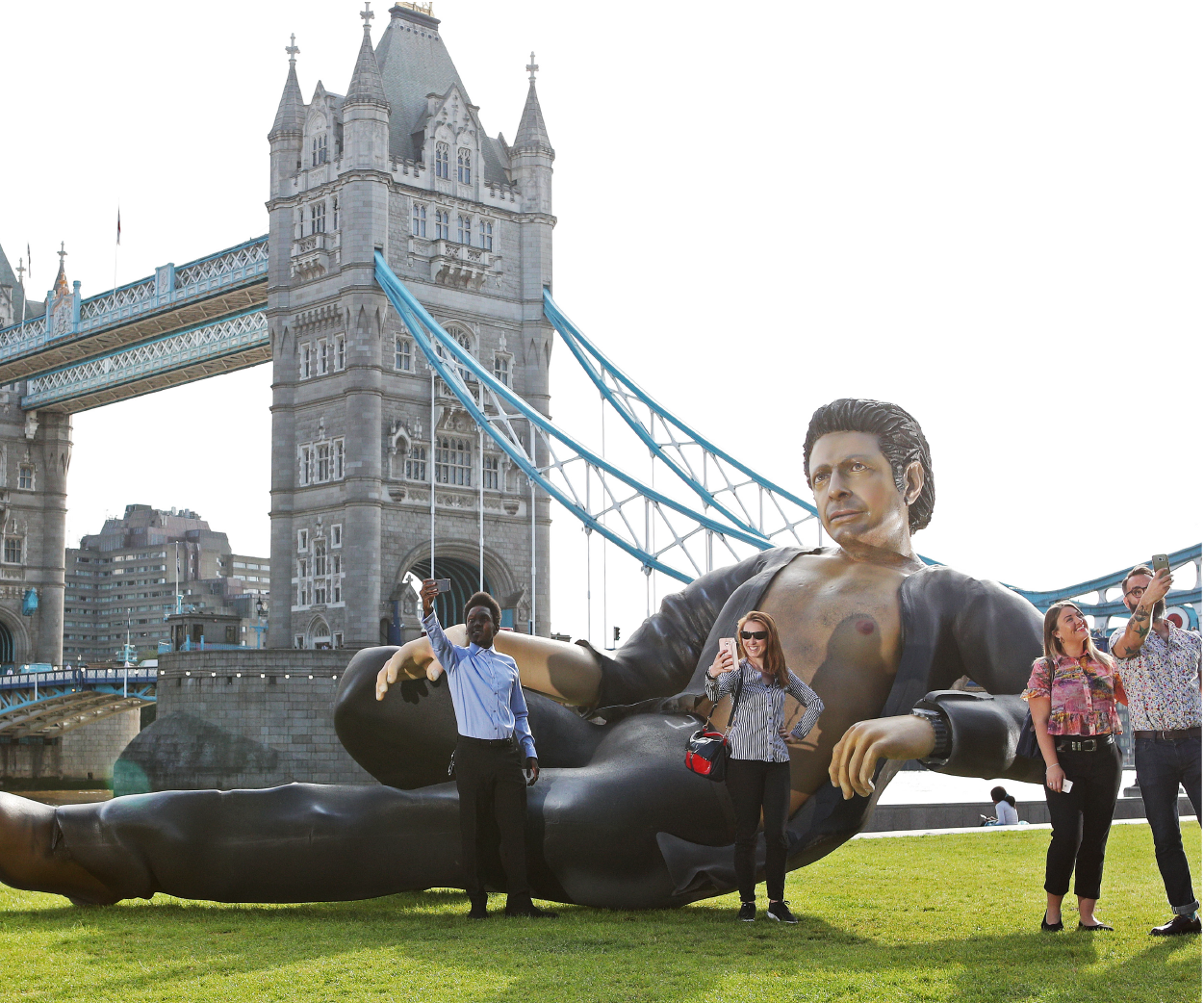 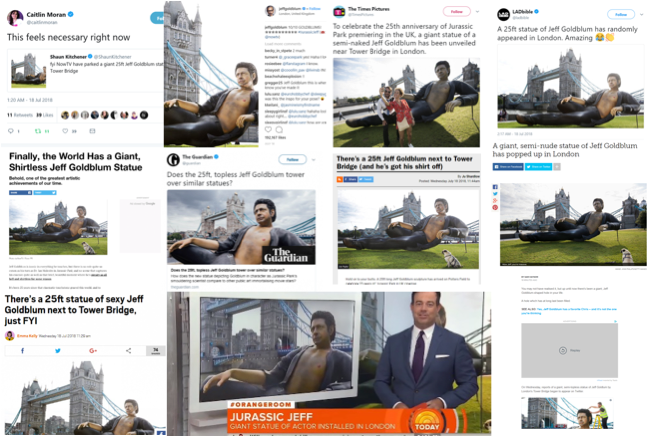 NOW TV wanted to get content hungry 18 – 30 year olds to sign up to a SKY cinema pass during the summer so we hit upon the idea of marking Jurassic Park’s 25th anniversary in a very special way.

Tapping into what was motivating to our target audience, it’s no surprise that this wasn’t dinosaurs. However it was the Meme of Jeff’s character in the film, Dr Ian Malcolm, laying back with a golden torso on display, was the most shared moment from the film. Working with a special artist, we created a sculpture to replicate this meme, but life size wouldn’t be enough. Instead, it needed to be ‘dinosaur sized’ which was 25ft and 150kg in weight. We placed this by the Thames as we also knew that we needed this mighty statue to be seen.

In under 48 hours Jeff became a Twitter sensation and a truly global moment. It was trending across 117 different locations, across eight different countries, and with a tweet being sent every two seconds. As well as over 100 pieces of broadcast coverage, everyone from the BBC to Unilad, Vice to Buzzfeed ran multiple stories as the internet couldn’t get enough of Jeff. The story became a Twitter Moment – second only to Obama’s first criticism of Trump – and on social Jeff had a reach of over 340 million. But best of all, Jeff Goldblum himself shared it on Instagram, tagging the client and awarding it ’10 Goldblums out of 10’, a post liked over 190,000 times.

Locations across the world where Jeff was trending