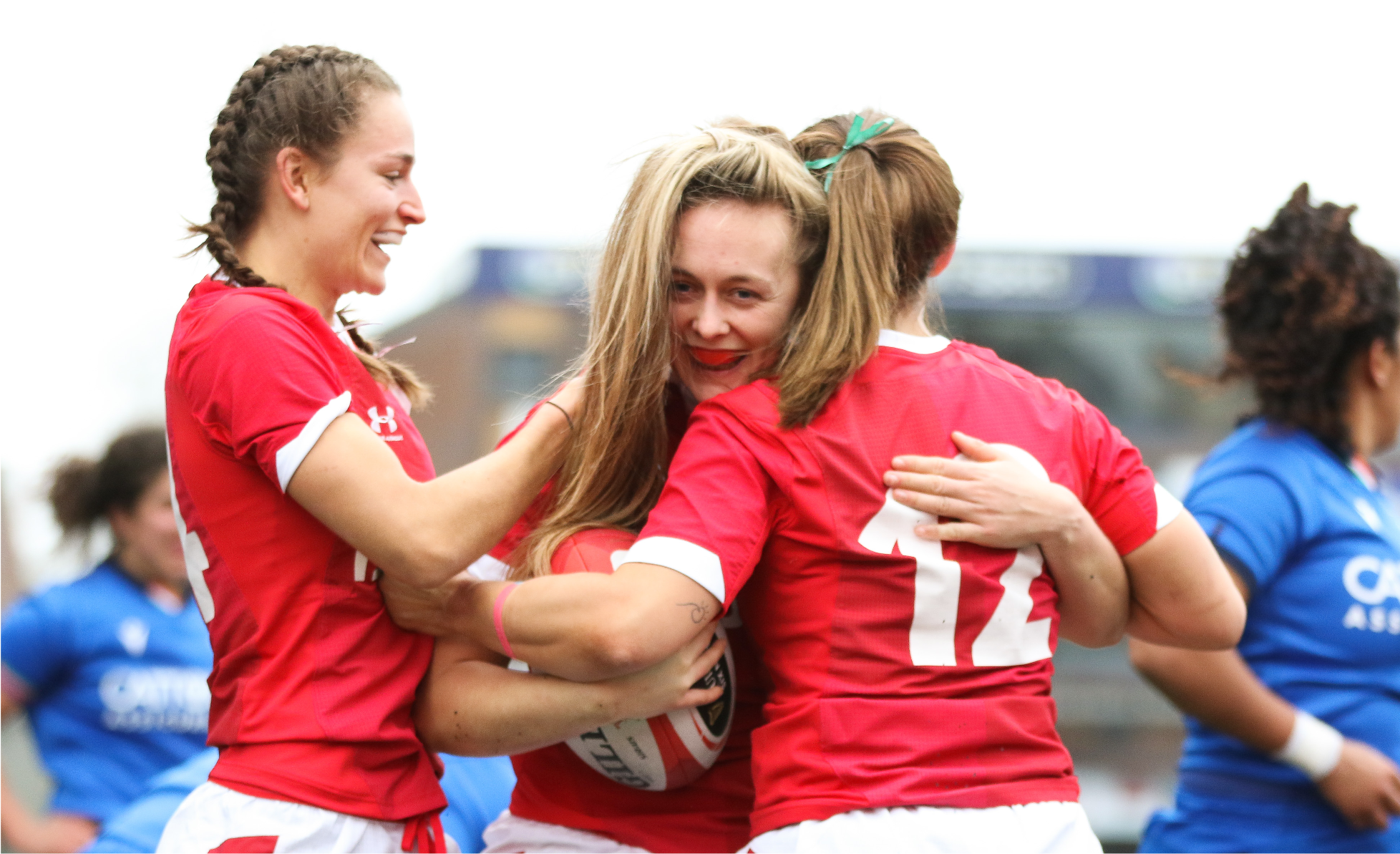 Women’s Sport: which team will be first not to ‘shrink it and pink it’?

International Women’s Day last month saw a host of linked announcements and initiatives across sporting media. For me, the one that jumped out and offered the most excitement was Royal London becoming the Official Pension Partner of the British Lions, in particular the joint commitment announced alongside the sponsorship to run a feasibility study into a women’s Lions proposition.

The key question: Will this be utilised as a true opportunity to create a step-change for women’s team sport, and at the same time provide a much-needed dose of innovation to a concept that has to fight hard to survive every four years in the professional rugby era?

There is no question that women’s sport has been hit hardest by the pandemic.

Many female formats bypassed even a conversation around postponement and moved straight to cancellation, partly due to their revenue/cost contribution and partly due to an inability to meet the required COVID testing protocols. However, the rapid growth made over recent years and success stories in women’s sport pre-pandemic are well documented; Sky reporting a peak audience of 1.1 million for the Women’s World Cup cricket in 2019, 47% of the UK population tuned in for England vs. USA semi-final at the FIFA Women’s world cup. And recently, the WSL’s landmark domestic TV deal shared between Sky Sports and BBC is further good news, especially the 18 games per season to be shown free-to-air, showing that momentum is still there.

The pandemic has necessitated the acceleration of many trends that we were starting to see in sport; digitally-enabled fitness and exercise communities (Zwfit, Peloton, etc) have boomed, and a lack of sporting competition has resulted in a greater share of sponsorship activation via individual athletes over more traditional rights. Now even though there is a roadmap to get us back to a level of normality, I would suggest those looking to quickly bounce back as we exit the pandemic must consider accelerating their long-term innovation plans to steal a march in a hugely competitive year and make up for the lost time.

At Sport UNLIMITED we put human understanding at the heart of our thinking, and that means the fan, what makes them tick, and what are the emotional levers that drive their fandom.

When looking at the fans of women’s formats the oft-quoted stat is a version of ‘51% of fans watching women’s are men’, and that (slim) majority is a considered a measure of success that the female format draws in a male fan. That is great for the wider appeal, but it does seem to ignore the fact that half the viewers, and the demographic most likely to offer absolute growth, are female. A route for accelerated growth would be a focus on the female fan specifically.

The sportswear industry has long led the way in the sector in demonstrating an understanding and insight into the female consumer. When leading Sports Marketing at adidas in 2016, the brand targeted the entire year’s marketing – brand campaigns down to hero product stories – at the female athlete, including launching the first-ever female running shoe. This wasn’t out of the goodness of our hearts, this was down to the opportunity that demographic offered, and still does. The women’s sports apparel market in 2018 was valued at $26.8 billion, according to data from Euromonitor International.

It was underpinned by some very clear thinking in the sports apparel sector when it comes to women in sport, which can still be applied to multiple arenas now: you can’t take what works for men, and simply ‘shrink it and pink it’.

That being said there are clearly some very successful women’s propositions in the UK that are exactly that, female versions of the traditional men’s teams, the Lionesses, the Red Roses. Exactly the same as the men’s game but played by women. Arguably that could be viewed as fundamental to launching a women’s entity, ensuring that in the early years they have immediate credibility to fans, broadcasters, and sponsors, national and regional rivalries and derbies were easily replicated, and the offering immediately has strong foundations and marketable moments.

They have been successful; the landmark TV deal I mentioned above and standalone sponsorships from the likes of Barclays (WSL) and Boots (The FA). However, given those success stories can they now look to step away from their male counterparts, and is the time right for someone to break the mould? This is not about gender stereotypes, these all elite athletes playing for club and country, this is about appealing to an important female audience and how they consume sport.

Sport UNLIMITED conducted some research last summer looking at how the expectations of sports fans had changed due to COVID. We found that for 64% of sports fans, ‘brand purpose’ is a more important expectation on sponsors now than it was pre-COVID. That jumped to 73% when we look at female football fans specifically. And the #1 articulation of ‘brand purpose’ was acting responsibly, promoting a healthier lifestyle, and taking the strain off of NHS; 73% of all sports fans agree, jumping to 81% for female football fans.

There is also a commercial argument. In football in the UK, we have the highest number of top-flight female teams affiliated to top-flight men’s teams; 73% vs 58% in France and Germany, which reflects the commitment and investment from many English clubs. However, only 36% of those women’s teams have a different main (shirt) sponsor to the men’s vs. 67% in France and it is split equally in Germany. Is that because bundling the women’s rights with the men’s is a more lucrative route in the UK or is that because we’re not creating propositions that appeal enough on their own?

Sponsorship in women’s sport is growing.

Between 2013-2017 the value of sponsorship deals in women’s sport increased by 49%, but it’s still a fraction of the overall global sport sponsorship value. In 2013 female sports accounted for a mere 0.4% of total sports sponsorship. But since then brands like Vitality have shown a significant commitment to women’s sport. There are also immediate returns for success; after winning Gold in Rio 2016, in addition to Vitality, England Hockey secured partnerships with Merchant Gourmet, Jaffa oranges alongside long-term partner Investec.

Sponsorship should never be viewed only as media value, but mass awareness is not (yet) a benefit often linked with women’s sport, but if you’re there to disrupt and standout and are few better places. Look at the way some sponsors activate their rights. Budweiser mocked brands in sectors such as timepiece and FMCG, traditionally big spenders in the sponsorship market, for not investing in the USWNL post the women’s World Cup and rallied fans to support the call to action. Commerz Bank have supported the German women’s team for over 10 years and have landed some pointed home truths about the lack of awareness and investment in a team that have won the World Cup twice and Euro’s 8 times.

So who will be the first to rip up the rule book; a different brand, different name, different kit, a totally different proposition. All targeted at the female fan. This isn’t just on the right holder’s shoulder as it often needs a big brand investment to be the catalyst. The competitiveness, speed, and skill on the field of play won’t change and neither would the support of the existing fanbase, but it could open up the sport to a whole new female fanbase which can only accelerate growth. 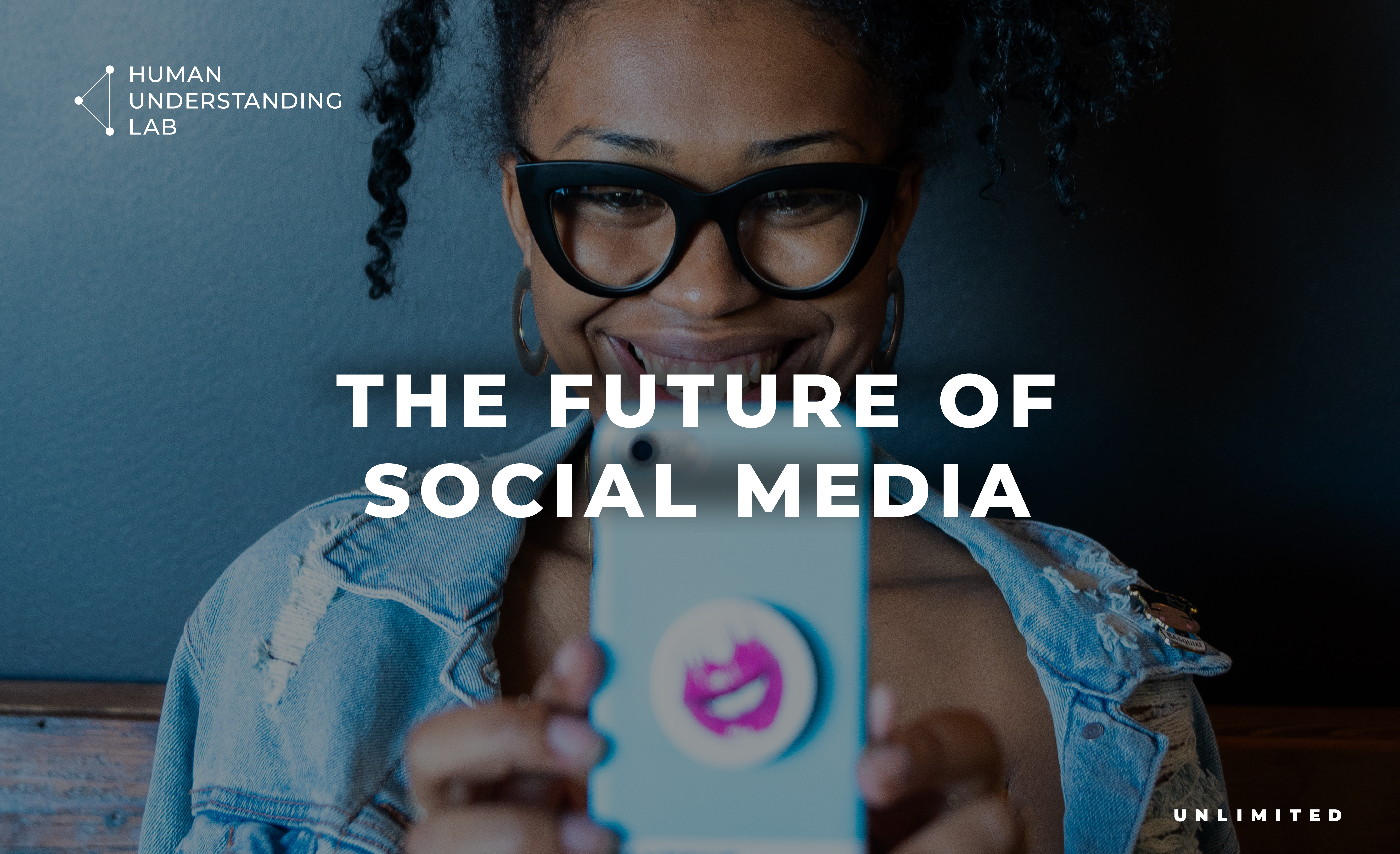 The Future of Social Media: creating a futureproof strategy for social success 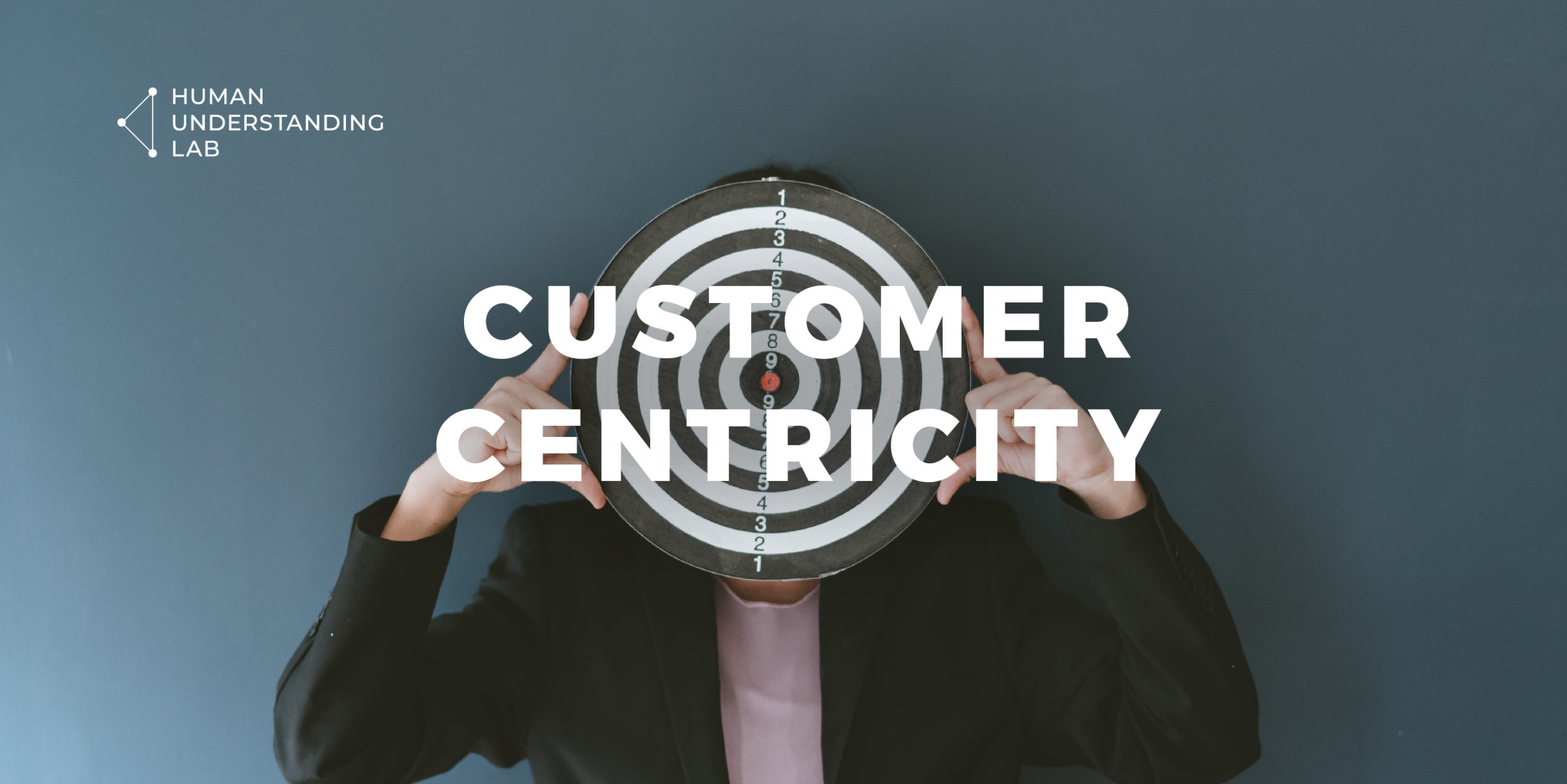 Customer-Centric Marketing: putting the customer and data science at the heart of marketing. 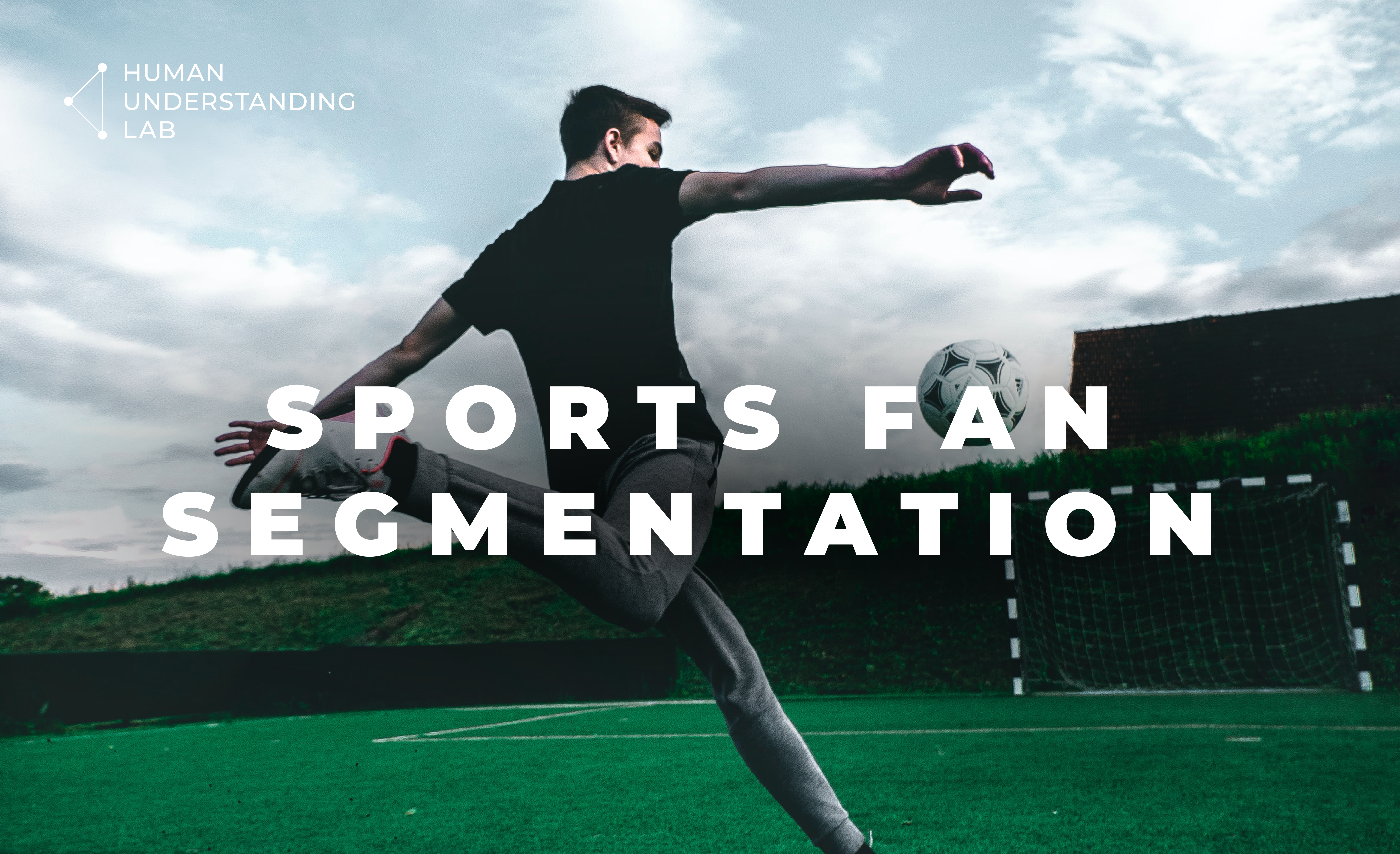 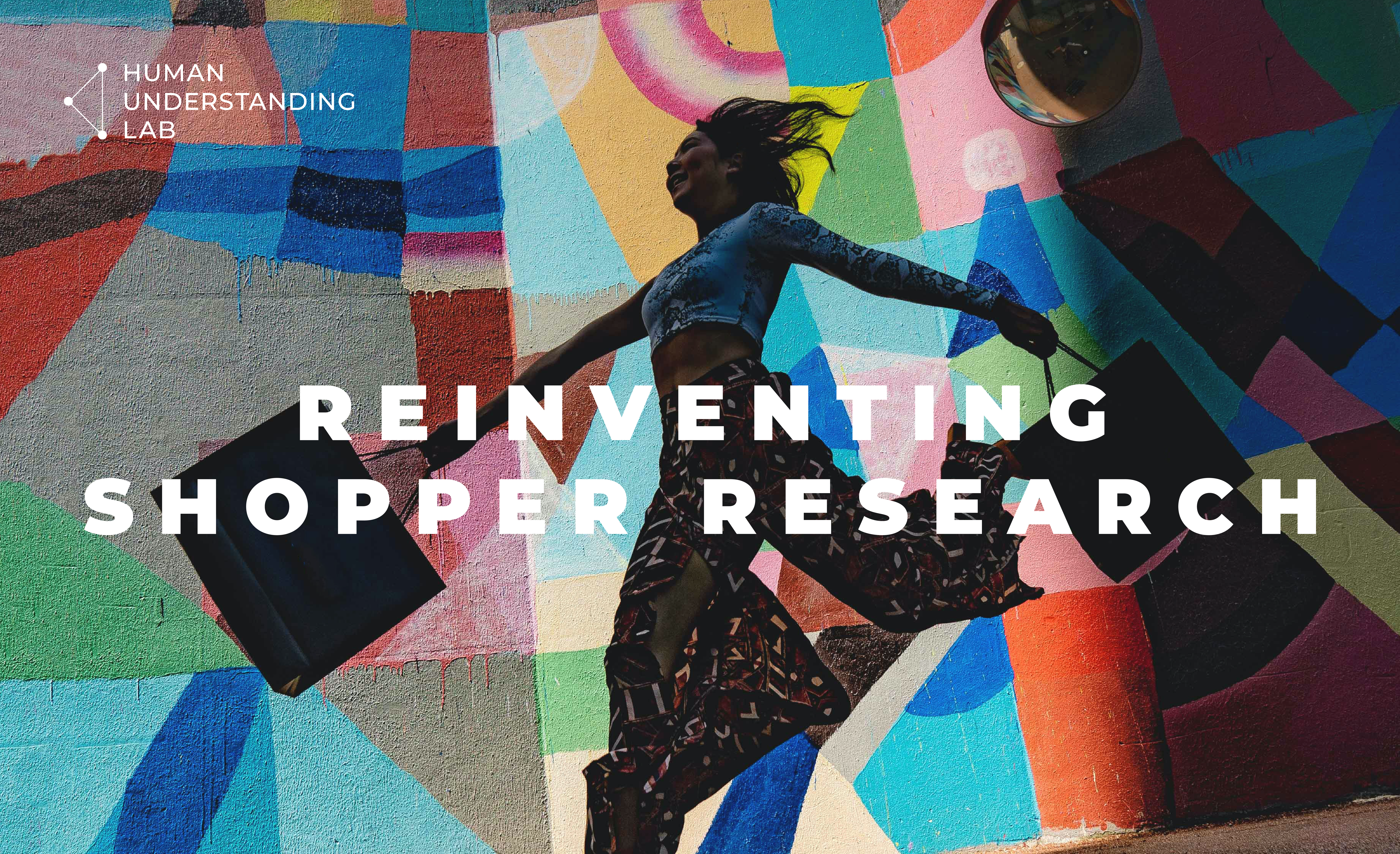